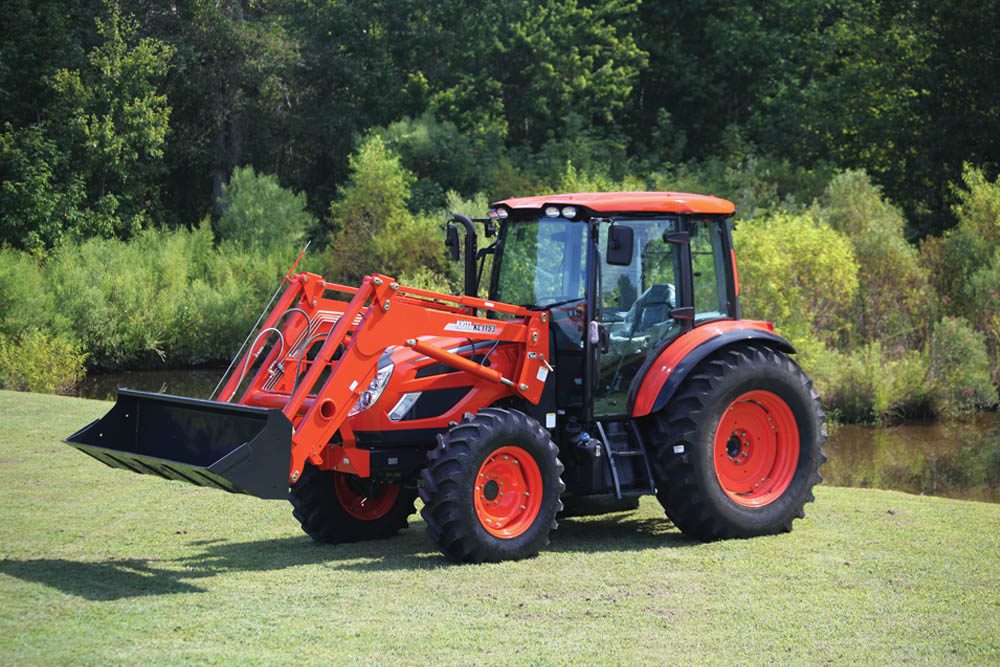 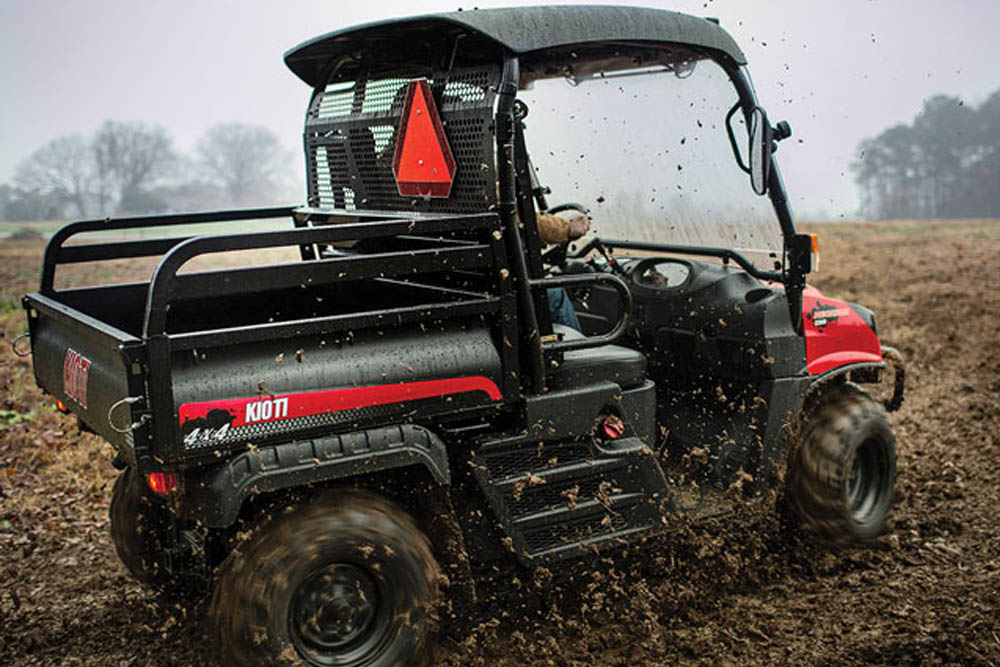 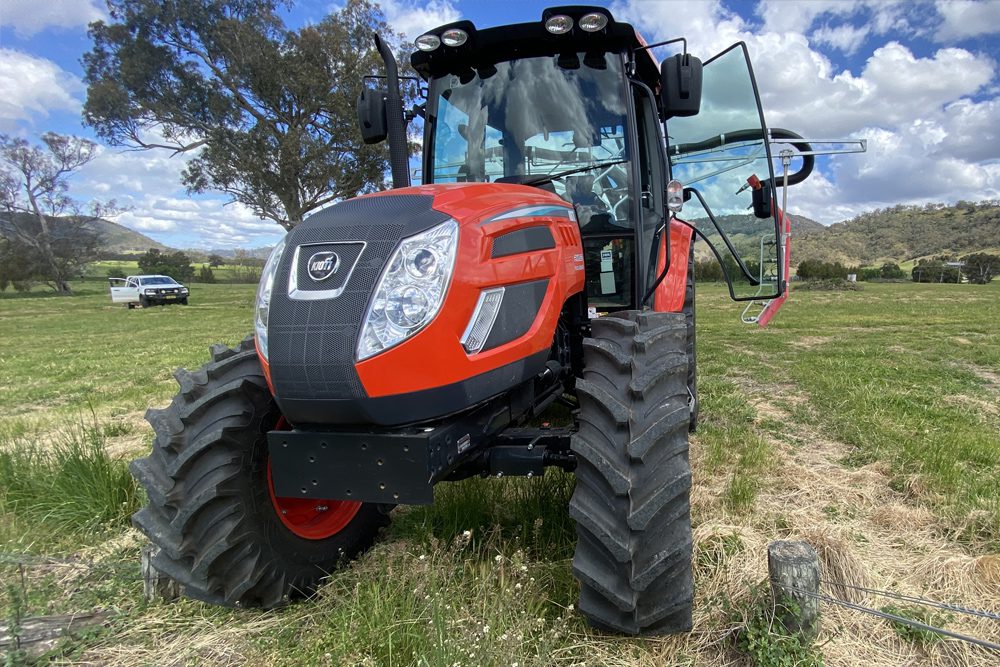 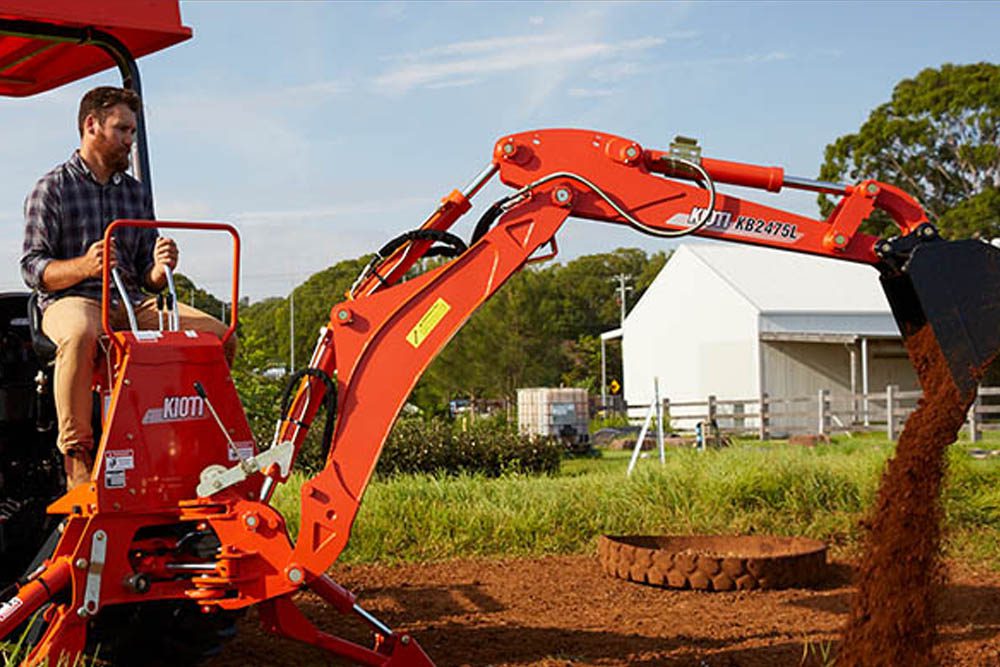 Double R is your authorised Kioti Dealer for Sales and Service of the quality range of Tractors, Utility Vehicles & Implements.

Kioti’s parent company, Daedong Industrial Co Ltd has pioneered the engineering and development of world class farming machinery for more than 70 years. From the successful introduction of the first water-cooled diesel engine (1949), Daedong/Kioti continued to lead the field, releasing the power tiller (1963) and following on with a full product line of tractors, planters and combines.

From its South Korean headquarters through all subsidiaries and affiliate companies across the world, the Daedong/Kioti culture of eco-friendly product development, responsive engineering, quality assurance and manufacturing excellence continues. Daedong Kioti China opened in 2007 and specialises in the production of combine harvesters and rice transplanters. Daedong Kioti Europe, headquartered near the Rotterdam port in the Netherlands, services 30 countries through 500 distributors, establishing Kioti as one of the best-known compact tractor brands in this highly competitive market.

Daedong-USA Inc specialises in the manufacture and distribution of Kioti tractors, UTVs, attachments and implements. North American distribution of Kioti machinery is handled by an expanding network of more than 300 dealers. In Australasia, the name behind the Kioti brand is PFG Australia. The company has been distributing Kioti farm machinery for almost two decades.

By the time of Daedong/Kioti’s 70th anniversary in 2017, the company had firmly secured its world markets, exporting to 60 countries. It had also won global recognition with Export and Design awards among others, such as Gold Level Status from the North American Equipment Dealers Association. Today, Kioti’s commitment to excellence, value, and ongoing investment in technology can be measured in terms of steadily rising sales and brand loyalty on a truly global scale.

Double R is large enough to provide clients with security of financial capability, on hand resources including personnel, management, plant, extensive equipment and infrastructure, while retaining the attributes of a smaller organisation with delivery of value though resourcefulness, adaptability and responsive action.

If back up support on parts and service is important to you, then make sure you meet with the Double R team when you consider your next tractor. You will be glad you did.

Call us for more information at our Mudgee Branch or email us at mudgee@dblr.com.au